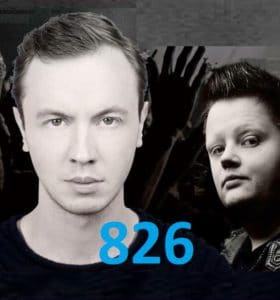 The Video of the Episode

Who is Andrew Rayel?

Rayel’s electronic music career started in 2009 at age 17, but he had started to produce music and develop his style four years earlier. He is signed under the Armada Music label, co-founded by Armin van Buuren.

His breakthrough followed the voting of his single “Aether” as “Tune of the Week” on Van Buuren’s radio programme, A State of Trance.

He performed at various “A State of Trance” events. Though his career is fairly young, Andrew has already DJ’ed the world’s most legendary clubs and massive festivals. From Ultra Music Festival, Tomorrowland, Stereosonic, Electric Daisy Carnival, Ministry of Sound to multiple A State of Trance events, the A State of Trance Ibiza nights and the world-famous Monday Bar cruise.

Rayel’s tracks are frequently played by influential DJs and producers around the world, including Armin van Buuren, Tiësto, W&W, Dash Berlin, Hardwell and many others.

Who is Ørjan Nilsen?

His discography features collaborations with Armin van Buuren, Cosmic Gate and Fingerling among others.

In 2012, Nilsen placed at Number 32 for the DJ Mag Top 100 and was nominated for Best Breakthrough DJ by IDMA. Ørjan’s collaboration with the Dutch label Armada Music started with the track “Red Woods”, which was released in 2006 under his then alias DJ Governor.

Ørjan went on to release his first solo album in 2011, In My Opinion, which stormed up sales charts.

This Week on A State of Trance 826 Free Download Live:

Tracklist of the Episode: